The Board was created on 27/5/94. And its major function is the management of basic education in the State.

We shall operate as an intervention, coordinating and monitoring of Local Government Universal Basic Education Authorities with a view to improving and providing unfettered access to high quality basic education in Oyo State. 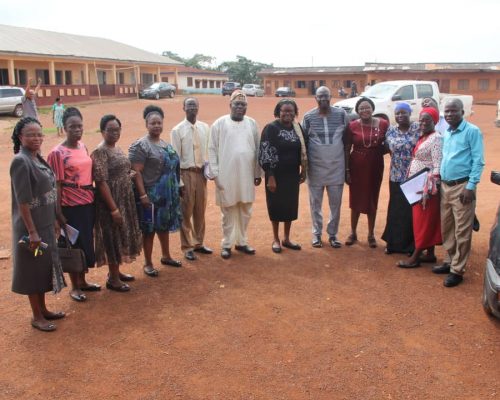 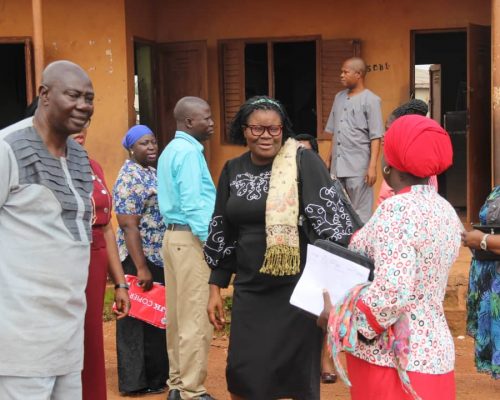 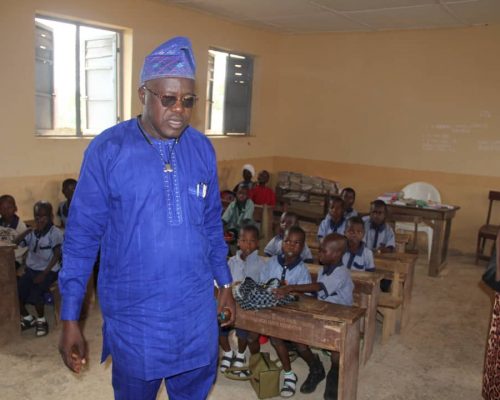 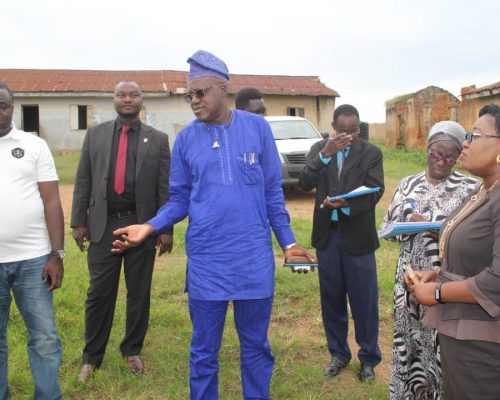 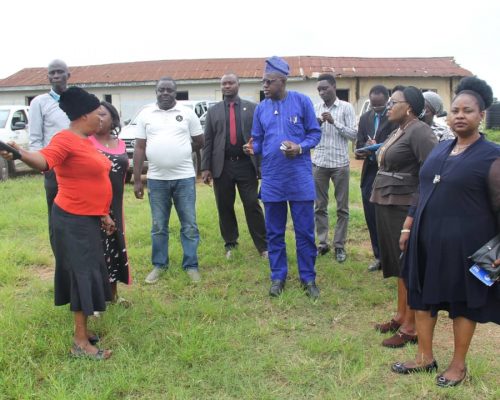 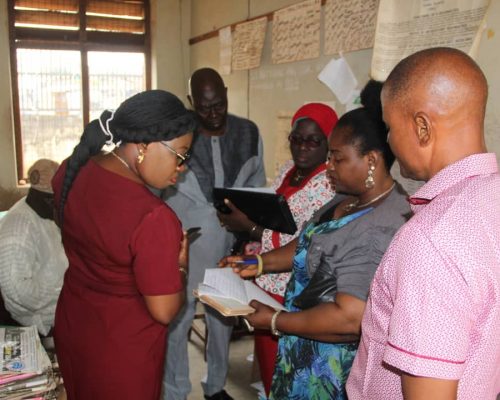 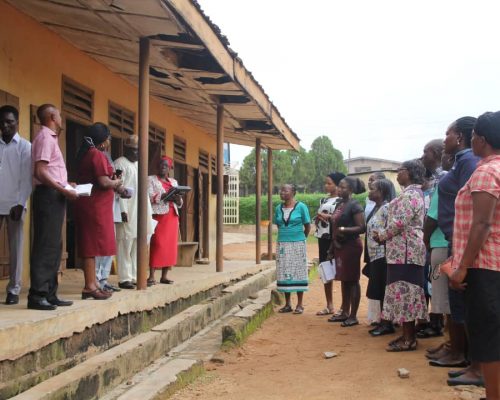 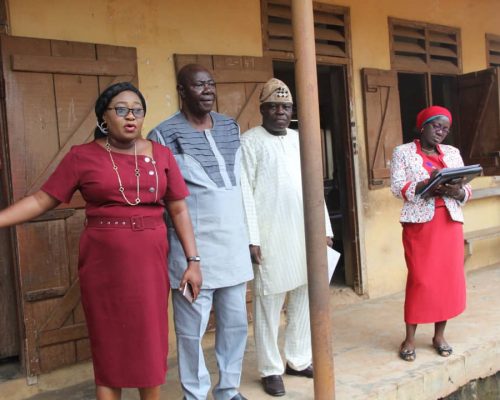 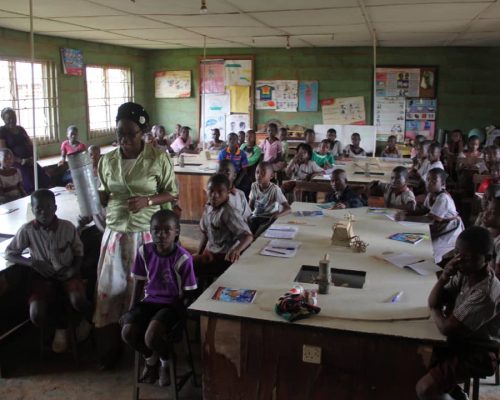 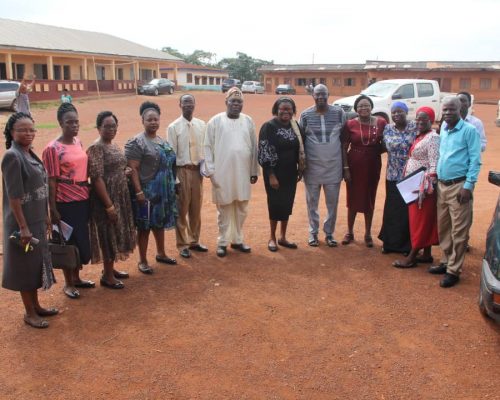 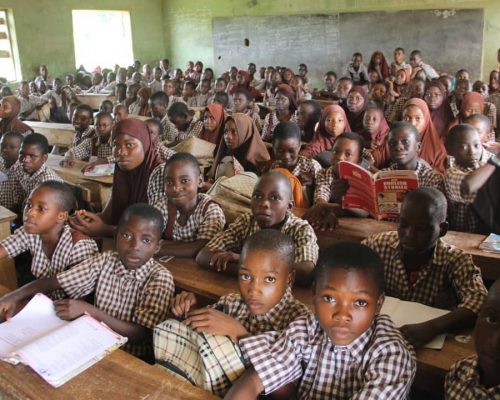 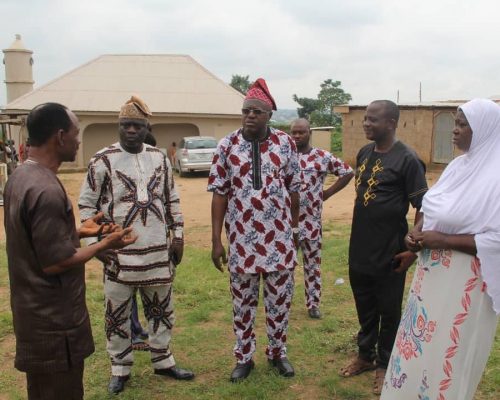 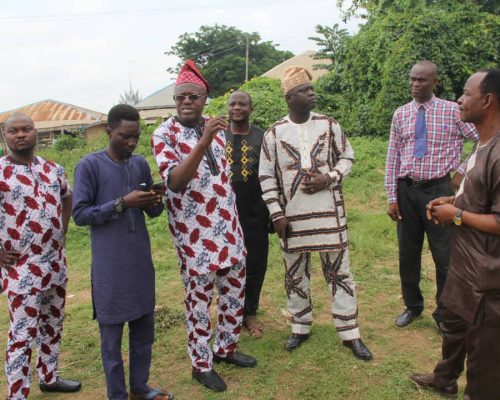 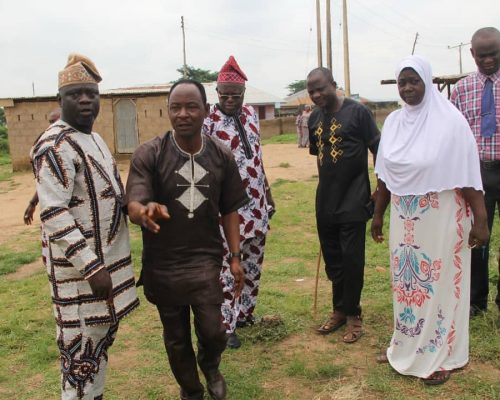 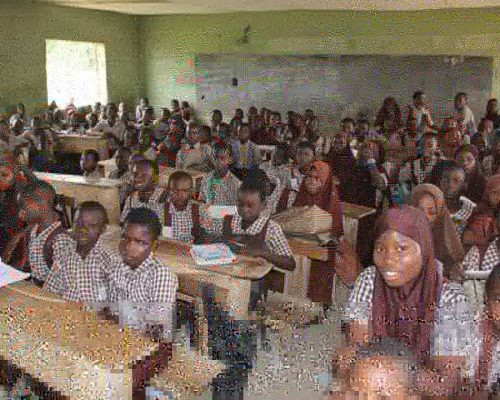 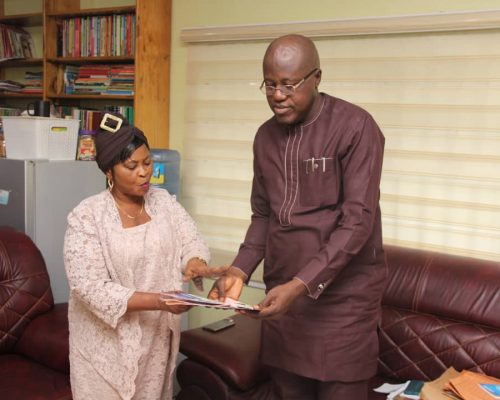 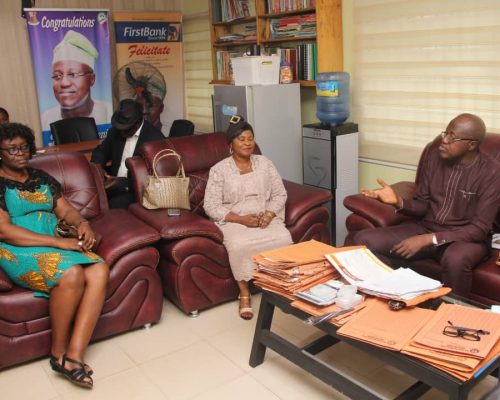 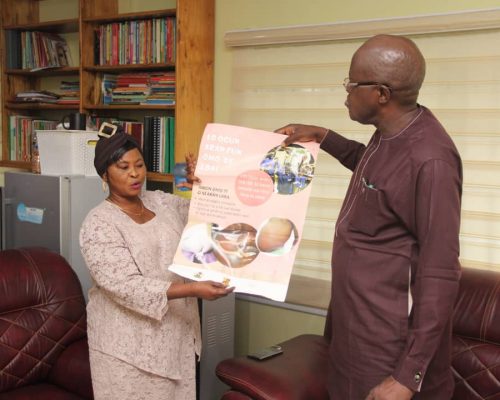 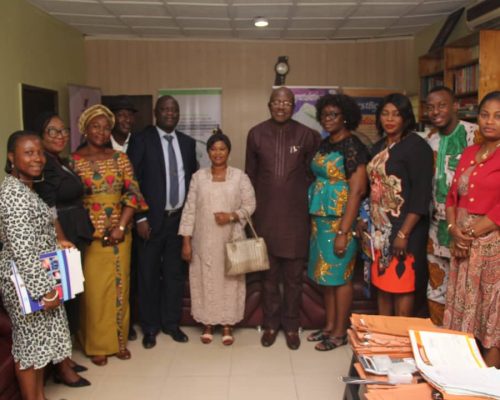 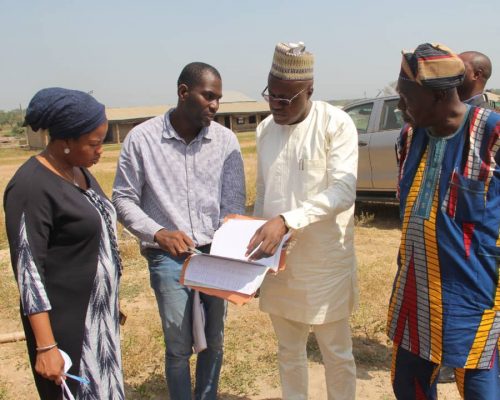 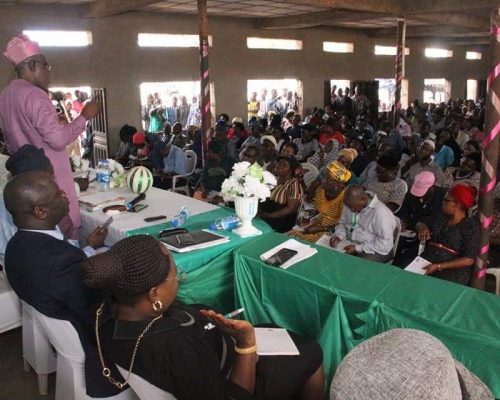 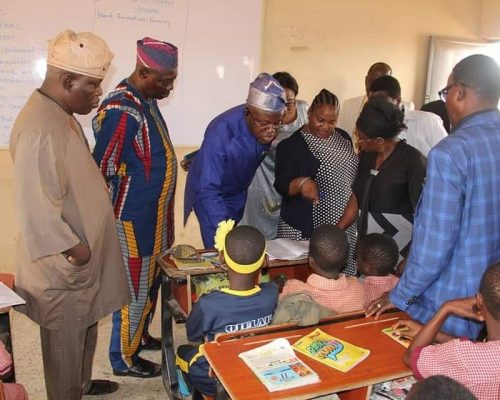 Oyo State Primary Education Board (SPEB) was established through Edict No 2 of 1994.

There are seven (7) departments in this establishment namely:

Preparing  monthly internally generated revenue returns to the office of the Accountant-General;

Preparing yearly Financial Accounts for the External-Auditors; and

Effecting payment to contractors after due approval by the Executive Chairman.

PAST AND PRESENT ACHIEVEMENTS

PROFILE OF THE EXECUTIVE CHAIRMAN

Nureni Aderemi Adeniran is a politician, educationist and forthright administrator from Oyo State, south-western Nigeria. A former Senior Lecturer at the famous Lead City University, Ibadan. He commenced his educational career with post-primary education career at Moslem Grammar School, Odinjo, Ibadan, where he earned his West African School Certificate/GCE O’levels. He thereafter proceeded to Oyo State College of Arts and Science, Ile-Ife where he passed his Higher School Certificate and GCE A’levels.

Young Nureni subsequently gained admission to the University of Ibadan to study Adult Education and Political Science. After the required years in UI. He graduated with a Bachelor of Education, 2nd Class (Honours) Upper Division in 1990.

Nureni’s insatiable and in-depth quest for education led him back to the four walls of classroom where he furthered his educational pursuit with a Master of Education, Specializing in Communication Arts and thereafter earned a Ph.D in Communication Arts & Community Development from the University of Ibadan, in 1992 and 2001 respectively.

Dr. Nureni Adeniran was formerly the Executive Chairman of Ibadan South West Local Government, a position he held from 1999-2002 and was known for his giant strides as the Chairman. During his active years as a lecturer at Lead City University, Dr. Adeniran went back to class, to study Law. He bagged LLB (Hon) from the University of Ibadan with 2nd Class (Honours) Upper Division from the University of Ibadan and thereafter proceeded to the Nigerian Law School, Lagos, where he passed the Bar Final Examination and subsequently was called to the Nigerian Bar as a Solicitor and Advocate of Supreme Court of Nigeria. A proud feat, you would say!

At Lead city University, Dr. Adeniran taught Undergraduate specialized courses, as well as post graduate courses, some of which were Research Design and Methodology, Use of English for Mass Communication, Scholarly and Technical Report Writing, Theories of Mass Communication, Advanced Communications Theories, Advanced Research Design and Methodology, among others. Other Academic responsibilities he was saddled with included, but were not limited to: Teaching Practice supervisor for the Faculty of Education Regular Students, University of Ibadan; Teaching Practice supervisor, Centre of External Studies, UI; Part Time Lecturer at the Department of Adult Education, UI.

He was also a Facilitator at the National Open University, Ibadan Centre in the following courses: Introduction to Journalism, Speech writing, News reporting and Media Law and Ethics.

He established his Law firm: Avid Solicitors in Ibadan, where he practiced along with other lawyers as Legal Practitioner and Consultant.

His passion for change and development of the Nigeria Political scenery has led him to be an active participant in the Political trajectory in Oyo State. Apart from being a former Executive Chairman at Ibadan South West, Dr. Adeniran was a Member, LAUTECH Teaching Hospital Management Board. A two-time Commissioner, who supervised the Ministry of Industry, Applied Science and Technology between June 2009-Nov 2010. He also supervised Ministry of Education, Science and Technology between 2010-2011 under the former government of Otunba Christopher Alao Akala.

Dr. Nureni Adeniran’s passion lies in human capital development. He is a Certified Member of many professional bodies and associations, such as Nigerian National Council of Adult Education, Nigerian Bar Association (NBA) and Teachers Registration Council of Nigeria (TRCN). He has facilitated at several workshops, presented many papers and trained at several seminars, such as Workshop for All Political Functionaries and Aspirants at Osogbo by Osun State Chapter of Alliance for Democracy; 2nd Oyo State Economic summit organised by the State Planning Commission; a Workshop held on Sustainable Human Development at IITA, Conference centre in 2001 among several others.

Likewise, he has attended many international conferences, such as: ‘The Urban Environment Forum Global Meeting’ held at Cape Town South Africa (September, 26-28, 2000), ‘United Nations International Conference on Learning from Best Practices’ held at Chengdu, China (Oct. 16-18, 2000); ‘International Summit on Good Governance’, held at Tema, Accra, Ghana (May 19, 2007) among others.

In June 2019, He was appointed Executive Chairman, Oyo State Universal Basic Education Board by the Executive Governor of Oyo State, Engr. Seyi Makinde.

Dr. Adeniran has participated in many Field Work and Sponsored Researches. He has served in numerous capacities in various Professional Bodies and Associations and has received an array of awards.

Dr. Adeniran also has to his credit many academic publications and papers in reputable and international journals.  He is happily married with kids. 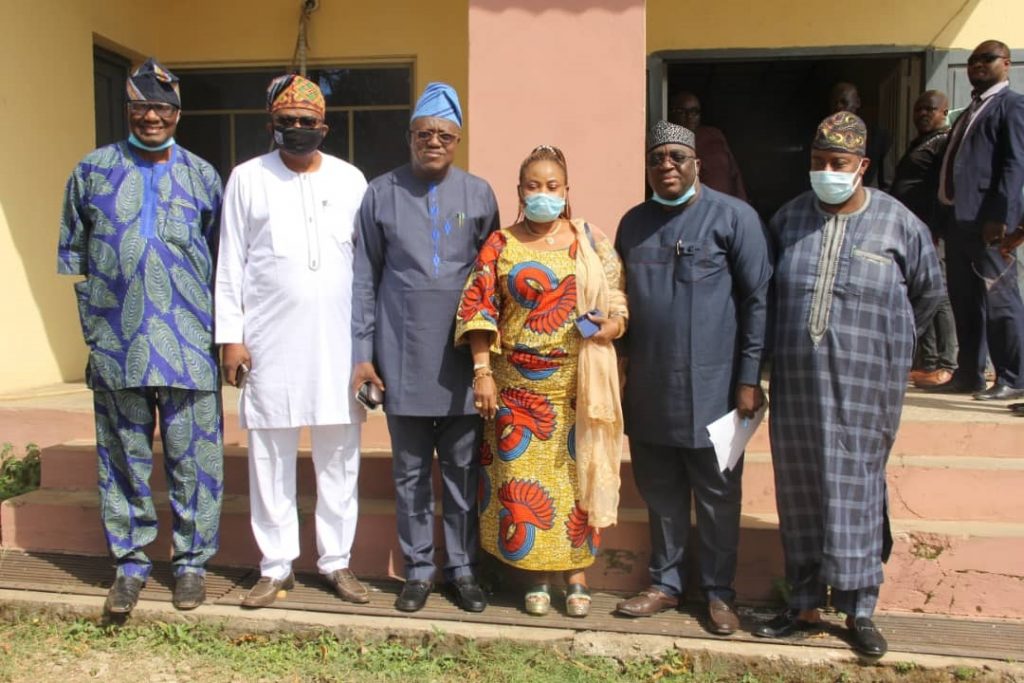 * Vows To Unanimously Develop Basic Education In The Region Executive Chairman, Oyo State Universal Basic Education Board, Dr.  Nureni Adeniran has been chosen as the […] 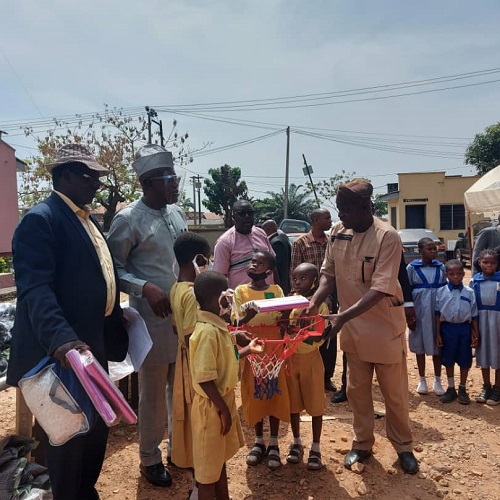 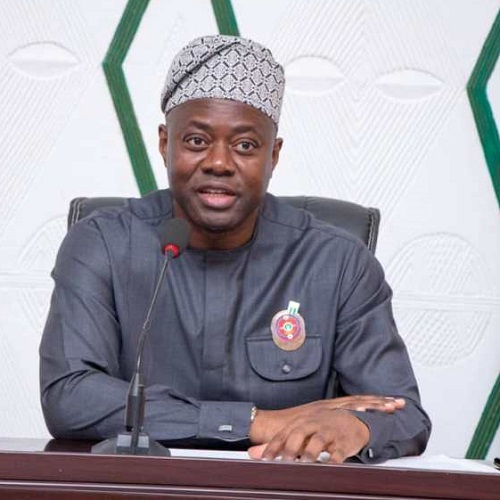