To ensure effective management of environmental components and water resources riches of Oyo State as essential infrastructural assets for the sustainable development of the State.

Assurance of strategic preservation, utilization, reclamation and control of all environmental elements – air, earth and waters (underground, surface, lake, springs) for the enhancement of human health, agricultural vitality, industrial investment promotions and ecosystem sustenance resulting in enhanced quality of life and socio-economic prosperity of the good people of Oyo State.

The protection, maintenance and development of the environment, environmental technology, Water Resources, Initiation of Policy in relation to environmental researches and technology, formulation and implementation of State Policies for Urban and Regional Planning, Physical Development of the state including the spatial location of infrastructural facilities.
To ensure that Oyo State emerges as the cleanest and most environmentally attractive State of the Federal Republic of Nigeria.
To effectively maintain an aesthetically attractive environment that promote Oyo State as a destination for industrial and trade investments.
To manage the environment and water resources in Oyo State as potential key players in the promotion of sustainable development of Oyo State.
To utilize the environment and water resources facilities in Oyo State as veritable socio-economic platforms to facilitate her revenue prosperity.
Effective monitoring and control or waters, air and land against contamination and pollution to keep the environmental sanity.
To control, monitor and/or assist the Integrated Solid Waste Management in Oyo State, especially in the waste-to-energy/wealth initiatives.
To formulate and implement all relevant policies, rules and regulations required to achieve a clean and aesthetic environment and efficient water resources management.
To effectively control drainage systems and other flood-related issues, thereby protecting lives and properties of Oyo State people, as well as sustain their socio-economic wellbeing.
To have effective monitoring and control of underground water abstraction as a measure against incidences of earthquakes, earth tremors and other seismological effects of the environment.
To ensure strategic and equitable provision of rural water supply services thereby meeting the social needs of the rural populace of Oyo State.
To ensure adequate and sustainable provision of municipal water supply services in the right quality and at economic rate that ensure marginal and non-exploitative profit aside from the total recovery of all operational costs, but ensuring satisfaction and delight of the Government and the people of Oyo State.
To assure effective management of watersheds, water courses (rivers), construction of dams and other hydrological actions that afford irrigational services and other forms of water resources economy (fisheries, recreational water transport activities) in Oyo State.
To promote good hygiene, public sanitation and other household sanitary essentialities in Oyo State.
To ensure strict compliance with all state, national and international environmental and water resources laws and regulations in Oyo State through sustained and proven enforcement strategies 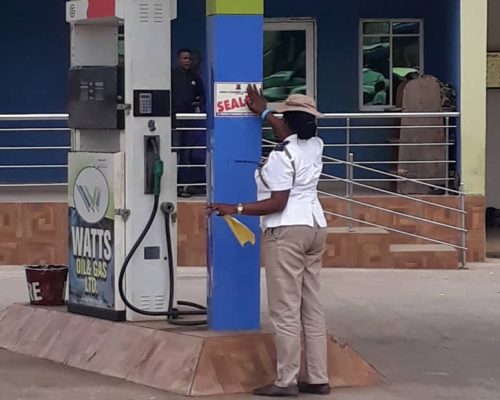 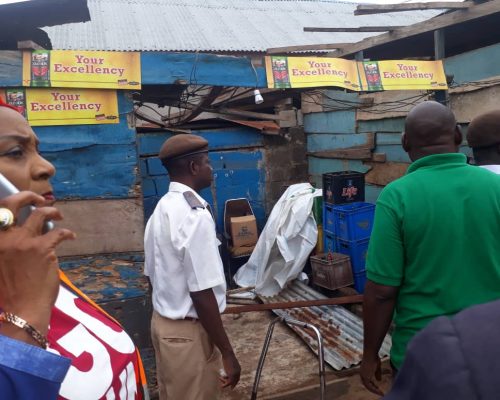 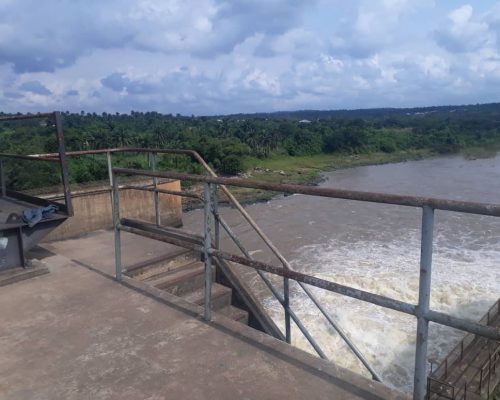 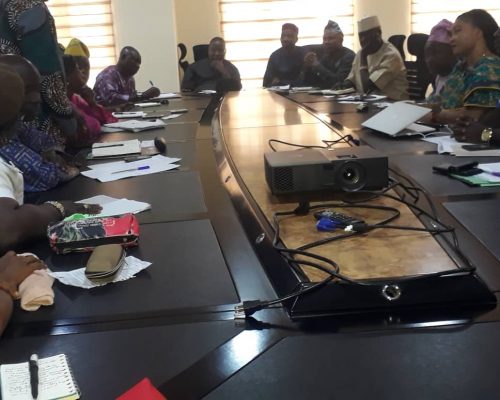 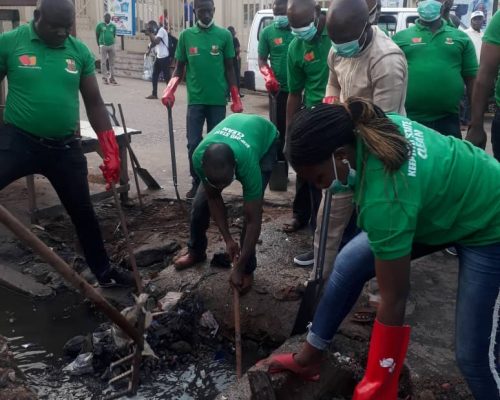 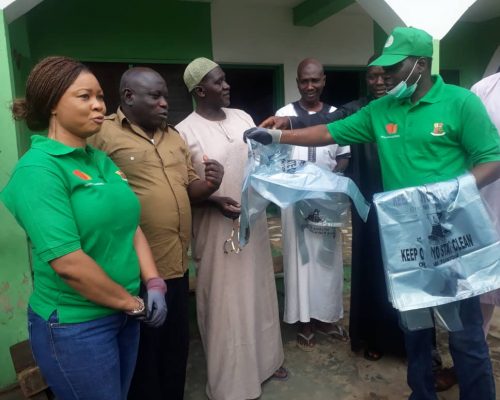 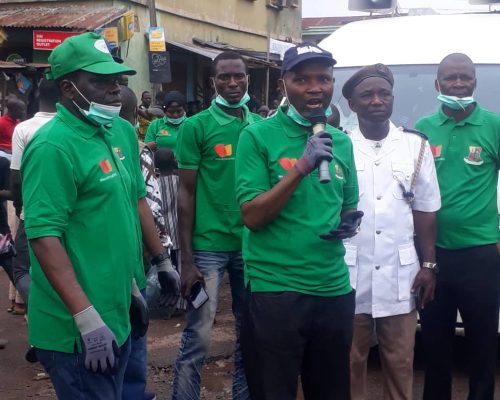 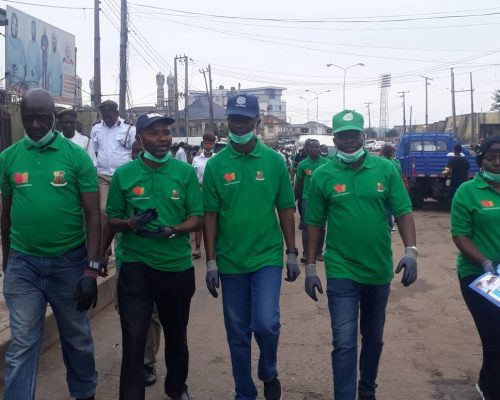 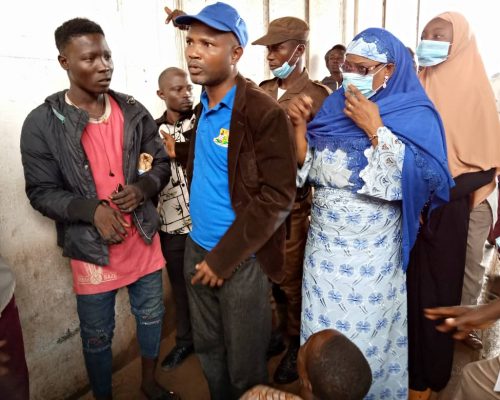 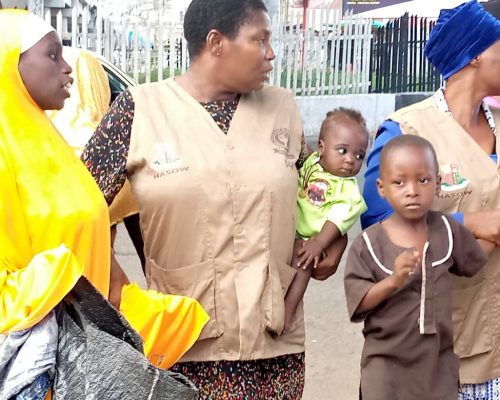 DETAILS ON THE OPERATIONS AND ADMINISTRATION OF THE MINISTRY

PAST AND RECENT ACHIEVEMENTS OF THE MINISTRY

Flood Control through clearing of blocked drains and dredging of rivers/streams within Ibadan Metropolis
Street Cleaning Exercise through engagement of the services of street cleaners in mid October, 2011 to work in forty (40) routes that are critical for this exercise in Ibadan metropolis.
Disinfection and disinfestations of River Banks to prevent occurrence and re-occurrence of water borne and water related diseases
Enforcement of Environmental Laws, Edicts and Regulations within Ibadan metropolis: Environmental Stakeholder’s Forum was held during which various stakeholders were duly informed of their responsibilities towards sustainable environmental management. This led to passage of relevant environmental laws/regulations by the State House of Assembly and setting up of Environmental Tribunal (mobile court) to try violators of Environmental Laws.
Environmental Conflict resolutions of public complaints
Routine supervision of Road Sweepers to promote aesthetics of the highways.
House to House inspection to entrench environmental sanitation at household levels.
Introduction of Weekly Environmental Sanitation in September, 2011 which comes up on every Thursday of the week to solve environmental problems such as indiscriminate refuse disposal in drains and open spaces, encroachment on roads’ setback by itinerant traders, series of flood incidents; total destruction of environmental aesthetics in Ibadan metropolis
Public awareness were also done to sensitize public on the effect of street trading, engaging in trading activities under high tension wire, selling at the road setback, illegal erection of shops, kiosks and shanties through mobile public address system within the major city in the state. This led to the relocation of street traders to neighbourhood markets such as Bode, Scout camp, Iwo Road neighbourhood markets.
Pollution Control through routine monitoring of industrial facilities, Residential and Commercial areas to identify problem areas, such as indiscriminate discharges of raw effluents, sewage, oil spills and others to the environment. Also, analysis of some environmental parameters such as street assessment of gaseous emission level to reduce global warming and climate change.
In March, 2016, the Ministry was merged with the Ministry of Water Resources and now called Ministry of Environment and Water Resources, therefore, the activities saddled by the Ministry was greatly increased to the Pollution Control, Dams and Water Supply and so on.
From March till date, the Ministry aside from the environmental sanitation activities has been able to control and checkmate the activities of borehole drillers through the regular meeting with the association. All geo-survey plans must be approved by the Ministry before any borehole will be dug.
Creation Of Special Environmental Task Force: – About One Hundred (100) YES – O Cadets have been selected and trained to work in the team of Environmental Sanitation Task Force. This initiative is making positive impact on the environmental regeneration effort of the Ministry.
Environmental Beautification of various locations within Ibadan metropolis such as British American tobacco Co. to Methodist Interchange to Niagara; Methodist Interchange to Adamasingba; U. I to Bodija to Secretariat to Dander; Secretariat to Government House to NTA Junction; Iwo Road Interchange to Ojoo (Segment I); Iwo Road Interchange to Ojoo (Segment II); Molete to J. Allen; Total Petrol Station, Jericho to Eleyele to Sango; Challenge to Molete to Gate; Gate to Idi Ape to Iwo Road etc.
Increase in the water production capacity of the State from 0% to 70% through rehabilitation of existing water supply schemes at Asejire, Eleyele, etc;
Increase in water production potentials of Oyo State by 50% through construction of new water works at Iganna and Eleyele, and completion of on-going water works construction at Ayete, Ogbomoso etc.

OTHER INFORMATION ABOUT THE MINISTRY

The Ministry in its quest to properly disseminate information to the world has created the following social media; Whatsapp for the Ministry (Environment quick response), email-oyoenvironment@gmail.com also quick response line which public complaints can be reached.  The number is – 09069047999 that is being handled by the receptionist of the Ministry.

ON-GOING PROJECTS IN THE MINISTRY

As part of measure put in place to avert reoccurrence of flooding in the State and to play save as regards Nigerian Meteorological Agency (NIMET)’s alert that Oyo State is among the States that is likely to experience heavy down pour this year, the Ministry in collaboration with the Ibadan Urban Flood Management Project (IUFMP) has embarked on dredging and expansion of Thirty-Seven (37) streams and Rivers which are likely to overflow in the rainy season.

Also, to ensure and enhance total compliance of the State Environmental Sanitation and Solid Waste Management Laws, the Ministry has embarked on enforcement to sanction the sanitation laws flouter through the Tribunal Mobil Court sitting at the ministry and Waste Management Authority on every Tuesdays and Thursdays, such as street trading, indiscriminate dumping of refuse and cleanliness.  The exercise is on-going. 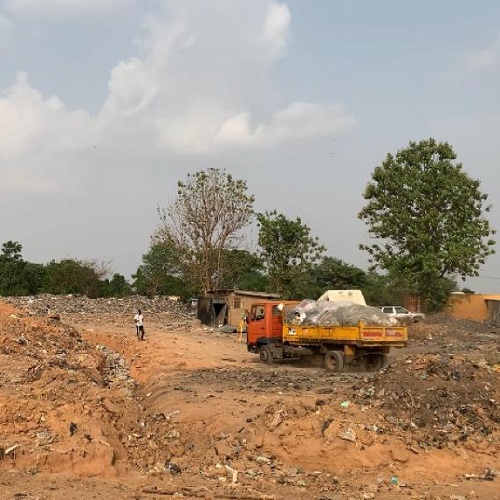 365 Days In Office: Makinde Has Created 12,000 Jobs From Waste To Wealth Initiative- Salawu 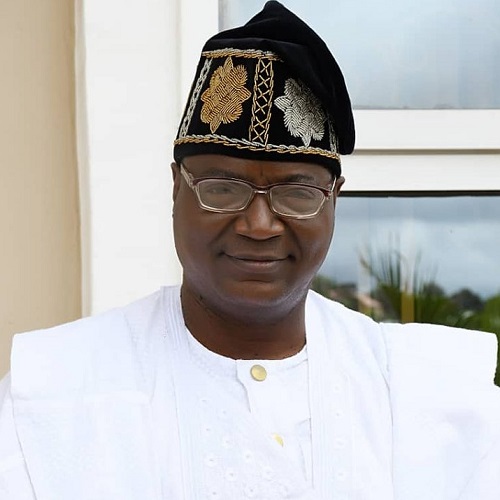 We regret the death of our Honourable Commissioner For Environment and Natural Resources, RT. HON. KEHINDE 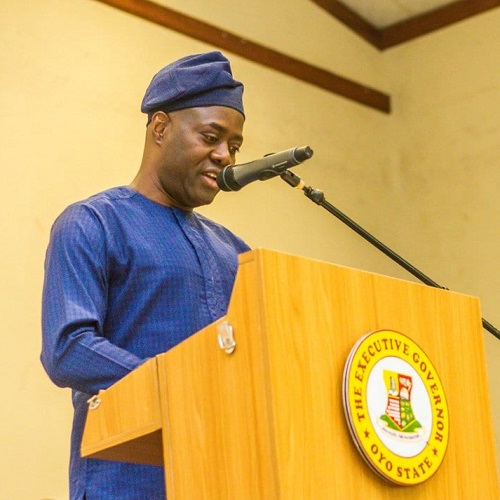 …promises not to demolish encroached buildings on Awotan dumpsite. Oyo State Government says it has birthed a new waste management system in the State, adding that […]